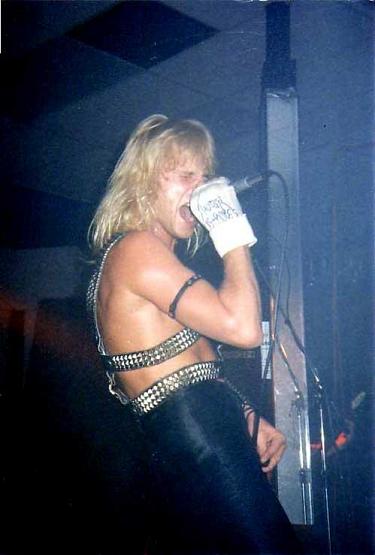 Slauter Xstroyes is a cult epic metal band from Chicago, USA. The band was founded when guitarist Paul Kratky (who, in those days, was planning to form a band called Naj) met bassist Brent Sullivan and singer John Stewart. Drummer Dave Bonow joined the band and Slauter Xstroyes released their first album, Winter Kill, in 1985. Only 500 copies were distributed in the area around Chicago. It was only around 1987 that the band entered the studio to make their second album, Free the Beast, which was never completed and, for a long time, never published. The band had to face many difficulties in the scene, but continued to play live in the area around Chicago until 1998, when Free the Beast was finally released.