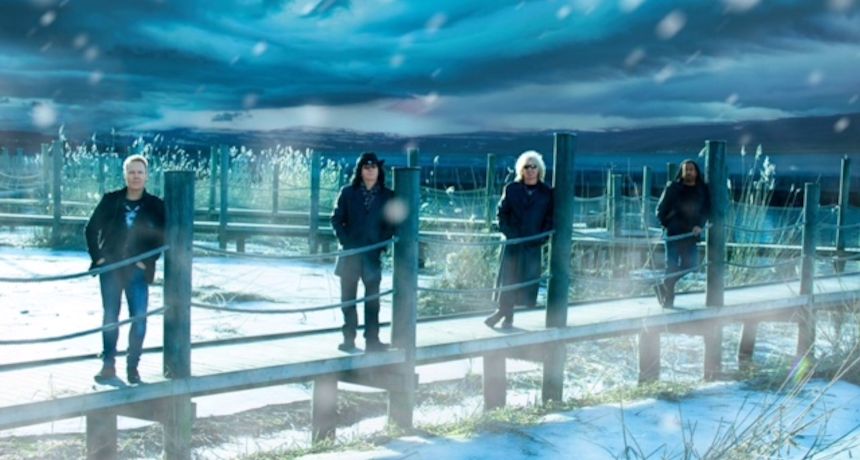 The release date of the WEAPON UK album „Rising From The Ashes“ on limited Vinyl edition is September 28th, 2018. The pre-order phase will start on Sepetmber 14th, 2018 in our webshop. The Album will release in a limited Edition of 300 black copies with 2 Bonustracks and insert.

“Set The Stage Alight” must be considered one of the biggest hymns of the entire New Wave Of British Heavy Metal period. Just ask a certain Lars Ulrich. (More of that a bit later). “Set The Stage Alight” originally appeared on the B-Side of Weapon’s debut 7”/12” single »It’s A Mad Mad World« (issued in 1980).

People have for a long time been baffled by the astonishing similarities between “Set The Stage Alight” and Metallica’s “Hit The Lights”, especially regarding the main riff. Has the band ever talked to Lars or James about this? Danny Hynes explains: “Anyone who knows the history of Weapon will know that ‘Set The Stage Alight’ was written by Jeff in 1979, three to four years before ‘Hit The Lights’. Metallica actually lifted the whole intro and used it for their song ‘Hit The Lights’!”

Due to management problems, the original incarnation of Weapon split up in mid-1981 before having recorded their long awaited debut album. Pure Steel’s »Set The Stage Alight« record compiled on glorious vinyl what would have been Weapon’s first full-length album. Danny Hynes explains: “We would have completed the four demos and put twelve songs on the album. All the finished tracks were recorded between July and August 1980 at The Manor Studios, Oxford (which was also the home of Richard Branson) and Townhouse Studios, Shepherds Bush, London. The demos were recorded at Alvic Studios in West Kensington, London.”

Weapon did briefly reform in 1984 and even recorded some demos with Andy Scott of Sweet. In 2014, their proper comeback album »Rising From The Ashes« was released. Danny Hynes comments on the exclusive vinyl edition put out Pure Steel Records: “»Rising From The Ashes« was a direct continuation of our early material but we’ve matured as people and musicians over the intervening years so have a much more modern sound. Overall the material its a bit more melodic, a bit more polished. We received incredible reviews by the press and fans. My personal favourites are ‘Ride The Mariah’, ‘Alemain’ and ‘Burning Skies’. I wrote the lyrics to ‘Burning Skies’ on the flight to London to record the album. I had the music on my phone and was thinking about the 9/11 disaster and the whole thing came to me in a matter of minutes.”