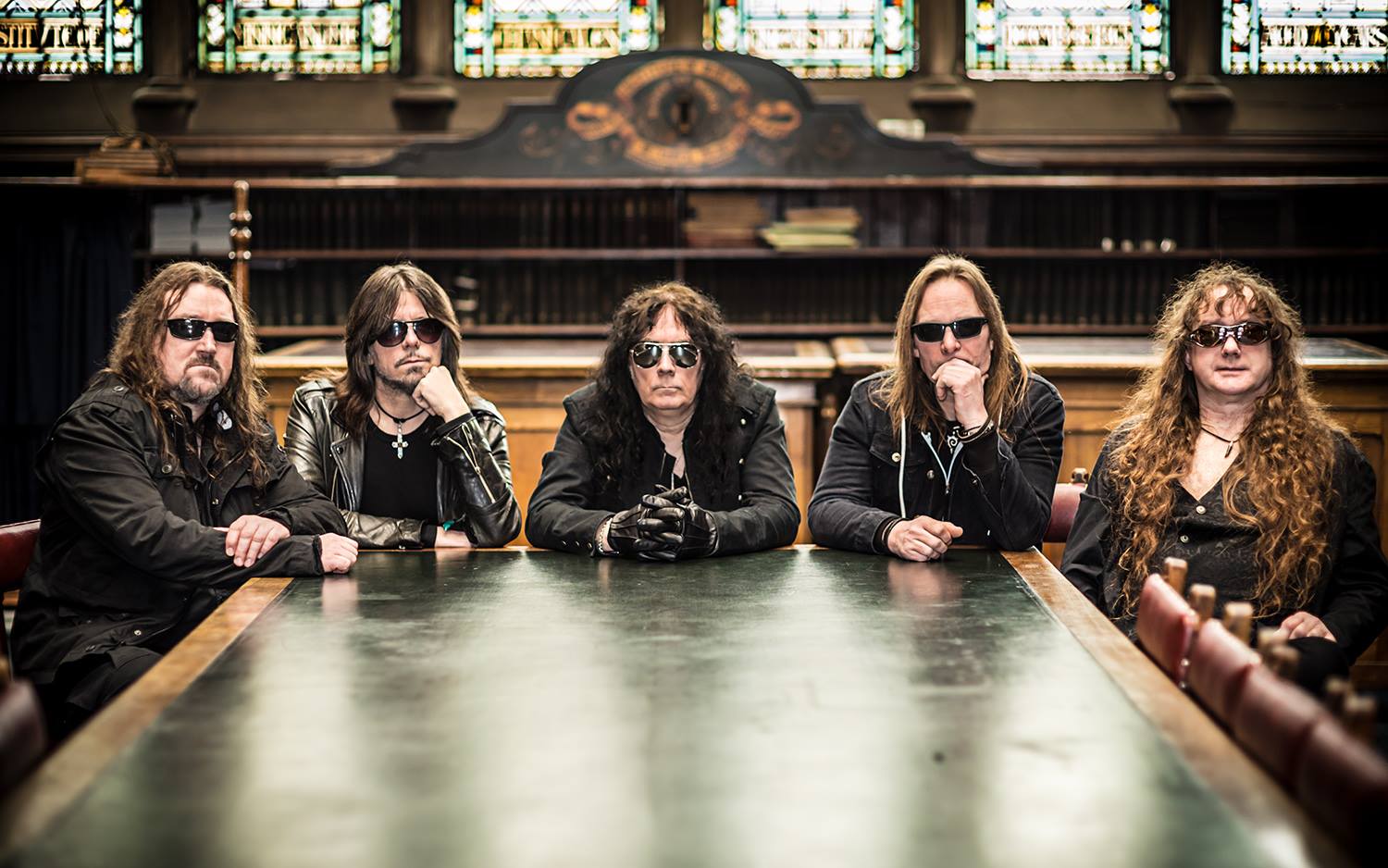 On July 6th, Metal Blade Records will release “The Doomsday Clock” 7″ single on vinyl as well as digital. The b-side features another new track, “Catacombs”, exclusively to this 7″.

The Doomsday Clock 7" – out July 6th!We're releasing the first single "The Doomsday Clock" off our new album on July 6th as 7". Featuring the exclusive b-side single "Catacombs". Watch the teaser below and pre-order your copy now:http://hyperurl.co/satan-doomsday

Bearers of the NWOBHM movement and responsible for ’83’s seminal “Court In the Act” and ’87’s “Suspended Sentence”, SATAN make it abundantly clear with their upcoming new album that in 2018, they are not interested in simply capitalizing on past glories. Comprised of 10 tracks of searing metal, it is blatantly and profoundly the work of the Newcastle upon Tyne natives at their very best, infusing their signature sound with a more raw, wild and spontaneous vibe than they showcased on 2015’s mighty “Atom By Atom” – and in the process, displaying more passion and energy than slews of bands half their age.

Having reunited in 2012 and returned to touring duty, SATAN – comprised of six-stringers Russ Tippins and Steve Ramsey, bassist Graeme English, drummer Sean Taylor and vocalist Brian Ross – once more proved their collective mettle with 2013’s “Life Sentence” and follow-up “Atom By Atom”, both records critically acclaimed and maintaining the high standards of their earlier releases. With such a powerful collection in their hands, the band was unsurprisingly eager to take it on the road, and they once again had successful tours and festival runs in Europe, North America and South America, culminating with a slot opening for PENTAGRAM in Helsinki, which Tippins counts as a true honor.

SATAN will unleash their latest batch of classic heavy metal songs in the second half of 2018. Be prepared for one of the best metal albums of the year and stay tuned for more information about it!

June 13, 2018
STEEL PROPHET, US power metal band, inked a multi-record deal with ROAR and announced new album. New Album "The God Machine" will be released in...