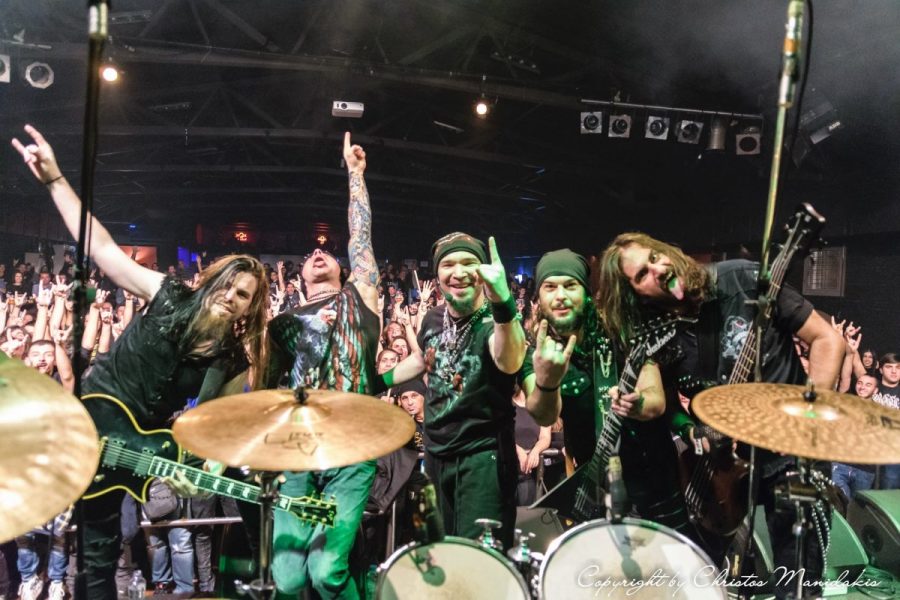 CRYSTAL TEARS, heavy/power metal from Greece, released a brand new video for the song “Bleeding Me”, taken from the upcoming album “Decadency Deluxe”.

CRYSTAL TEARS will be releasing their new album “Decadency Deluxe” on May 18, 2018 via Pride and Joy Music. Via the band:

New label! New album! After the critically acclaimed “Hellmade” and after gaining a formidable reputation for delivering the goods on stage, CRYSTAL TEARS return with their highly anticipated new instalment via Pride & Joy Music titled “Decadence Deluxe”, out May 18th, 2018!

With producer R. D. Liapakis (MYSTIC PROPHECY, DEVIL’S TRAIN, SUICIDAL ANGELS etc.) on the front again, the quintet delivers high quality heavy metal via their honest and sing-along anthems. And this unique blend of dynamic in aggressiveness & harmony has been introducing ’em continually to new audiences all over the world.