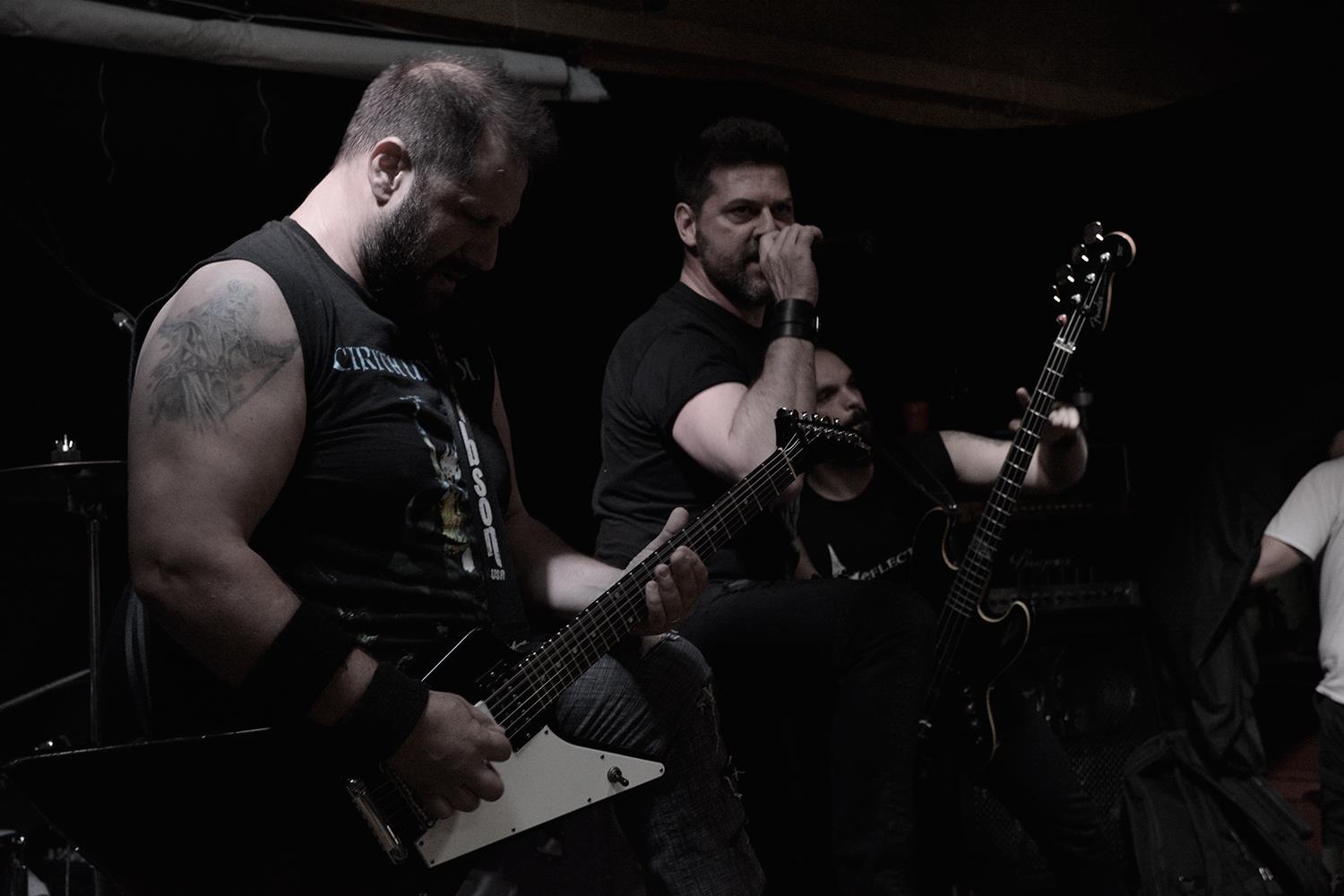 REFLECTION, heavy/epic metal band from Greece, announced they will participate in Echoes From The Labyrinth Festival later this October. Echoes In The Dark Festival is a doom metal festival taking place for the first time in Herakleion, Crete, Greece. Here’s the statement the band released about it:

“Brothers and sisters, just like in Greek Mythology, we will sail to Crete because we have a Minotaur to slay in the Echoes From The Labyrinth Doom Metal Festival.

We are joining forces with a wonderful bill that features doom metal legends SORCERER (SWE) (one of us fainted), our comrades in mighty DOOMOCRACY, CRIMSON DOWN and MIDNIGHT FORCE. This is a special occasion and we are preparing a special set list like none before. Yes, a special one for our special Cretan friends!”

REFLECTION released their fourth album “Bleed Babylon Bleed” last year via Pitch Black Records. Here are some info about it, just to refresh our memory:

REFLECTION, the driving force of Hellenic Epic/Doom Metal, will be celebrating their 25th anniversary next year and they are now back, with their fourth album, “Bleed Babylon Bleed”! It’s been eight years since the band’s last offering, making this an eagerly awaited release; and with a new vocalist in their ranks this becomes an even more anticipated release!

With nine track of pure solid epic doom heavy metal, “Bleed Babylon Bleed” has all the elements that have defined REFLECTION’s superb musicianship throughout the years. The band has matured since a long time ago, yet their sound is even more refined now and full-bodied, still incorporating their signature fast to mid and low tempo song ranges. “Bleed Babylon Bleed” is just oozing with atmosphere, epic melodies and powerful emotions as it deals mainly with the Pontic Genocide (as well as genocides in general). The final track marks the album’s culmination as it features a Pontian lyra (masterfully played by Stathis Pavlantis) that takes a lead role, beautifully mixed with the rest of the instruments, for an utterly bone-chilling effect.

Special mention should be made to the guest appearance of Mats Leven of CANDLEMASS. Besides his majestic input on this album, this is also of particular importance since CANDLEMASS have always been a primary influence for REFLECTION. Other notable guest appearances include Albert Bell (FORSAKEN) and Kostas Tokas (RELOAD, POWER CRUE).

February 15, 2019
Sinister, Almighty and Dark. If that's the way you like your Heavy Metal then buckle up and keep reading. With the release of their second full-length album, SABOTER made a statement and proved the world they're here to stay. We had the pleasure to chat with them about "Architects of Evil", their vision for the band and their views on the Heavy Metal scene today. Onward...